Most people would remembered Plaza Kotaraya as the old shopping mall located next to Puri Pacific Hotel in Johor Bahru. I used to go there whenever I am free to sit and relax at one of my favorite cafe – my favorite Kaya toast bread at Kluang Rail Coffee. There were many shops selling products liked leather goods, gold and jewellery, groceries at the supermarket, music and guitar shop, gift and stationery, etc. I also patronized the Pizza Hut food outlet on the ground floor quite often. Unfortunately, Plaza Kotaraya was closed for a major renovation since last year.

I think the renovation work for Plaza Kotaraya will be completed before the end of 2012. And it will change its name to Galleria. In my opinion, I still prefer the old name Plaza Kotaraya rather than Galleria. I went to check on the progress of the upgrading work just last week and the entire mall look spanking new and brightly color as well. The hot red color was painted on the tiles of the building against a backdrop of white.  I saw a few cranes and building materials and heavy equipment on the work site; and construction workers busy working on the building.

I do hope that some of the old tenants of Plaza Kotaraya will return to this mall which it is completely transformed into Galleria mall. I am sure it would attract old and new shoppers when it is ready. This new mall sits on a prime location in Johor Bahru and it is walking distance from the City Square Mall. So shoppers will have an alternative new mall to go instead of just City Square Mall which by the way is also undergoing a major renovation right now. I can see that the old Johor Bahru is transforming itself. Even some old shops along Jalan Ah Fook  and Jalan Tuanku Abdul Rahman have been taken over by new retail establishments. I saw new hotels such as Citrus hotel and T-hotel which are reasonably priced budget hotels – T-hotel with the cheapest rate at RM100 for a standard room. 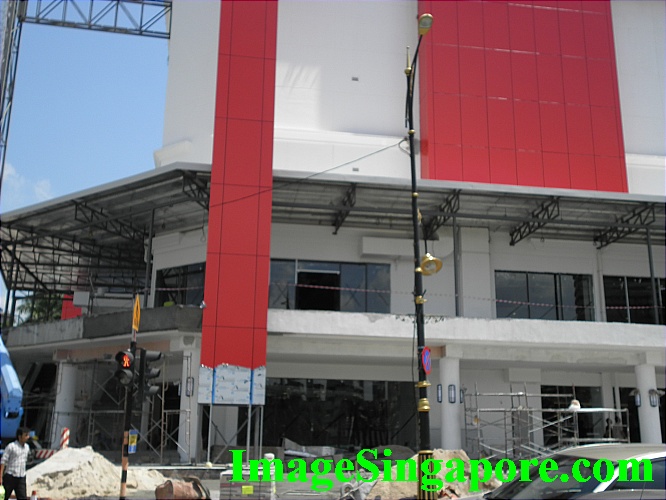 A few days ago, I took a bus from Johor Bahru CIQ or alternatively called JB Sentral to Johor Premium Outlets ( JPO ). The first thing that I did before the trip was to check the bus time schedule on the JPO’s website. When I arrived at JB Sentral bus station, I noted that the time table as stated in the JPO’s website was not updated. There was a new bus time schedule pasted on the bus bay No. 6. The bus number that goes to Johor Premium Outlets was JPO1 and there were only a handful of people taking this bus – perhaps became it was a weekday. The bus driver told me that the bus fare was RM4-50 for a single trip; therefore a return trip would cost RM9. The bus was new and clean but the air-conditioned was not strong enough as it was a hot sunny day. The bus ride was smooth and it stopped and picked up passengers along the way at designated bus stops.

The bus journey from JB Sentral to Johor Premium Outlets took about one hour. I alighted at JPO’s bus bay and I saw that there was a wide open space car park right next to it. The entire place looked spacious and looked almost resort liked. There were literally hundreds of Malaysian registered cars parked at the car park during that day. I saw many locals as I walked along the outdoor pavement between stores. There were many designer brand stores in the JPO and many of the items were on sale – the discount range from 20 – 70%. Some of my friends told me that the prices of the merchandise in JPO are not cheap; well I think price and value is something subjective and personal. Still there is a good crowd of shoppers during that day looking for good bargain.

There is a food court and a few restaurants in the JPO. It would be nice if the management could invite fast food chain such as Macdonald’s, Pizza Hut or KFC to operate there. The food court was air-conditioned but not all the stalls were taken up. Then there is also a Coffee joint, a Japanese restaurant and a Chinese restaurant. For those who need a rest, there were plenty of benches along the rows of shop outlets; but as the benches were placed outdoor, the heat can be quite unbearable if it is a hot sunny day. If you need to cool off, then you need to step inside any of the shops which are air-conditioned.

I took about 2 hours to browse through the various shops selling a wide variety of merchandise; there were a few shops which I skipped. Thereafter, I walked to the bus bay and took the bus back to JB Sentral. Personally, I would not be visiting this place as often I have visited other malls in Johor Bahru. That is because, JPO is mainly a mall for selling clothes, bags and fashion accessories which I have no interest in it. I don’t see the need to travel so far just to buy a pair of good shoes or shirt. If  the management of JPO can build another mainstream shopping mall next to it, then I would be keen in visiting this place. 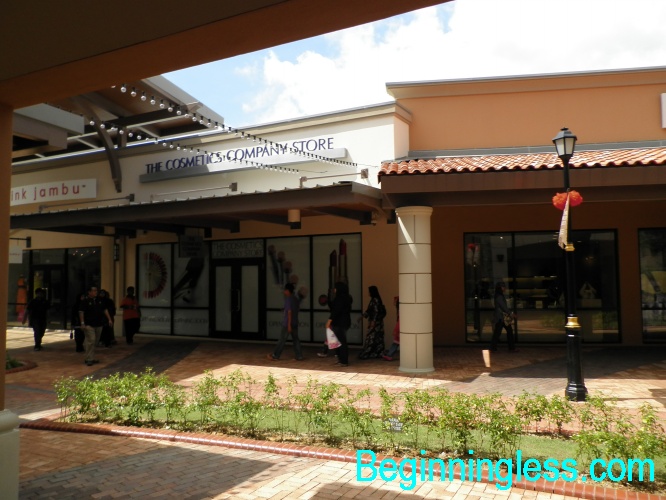